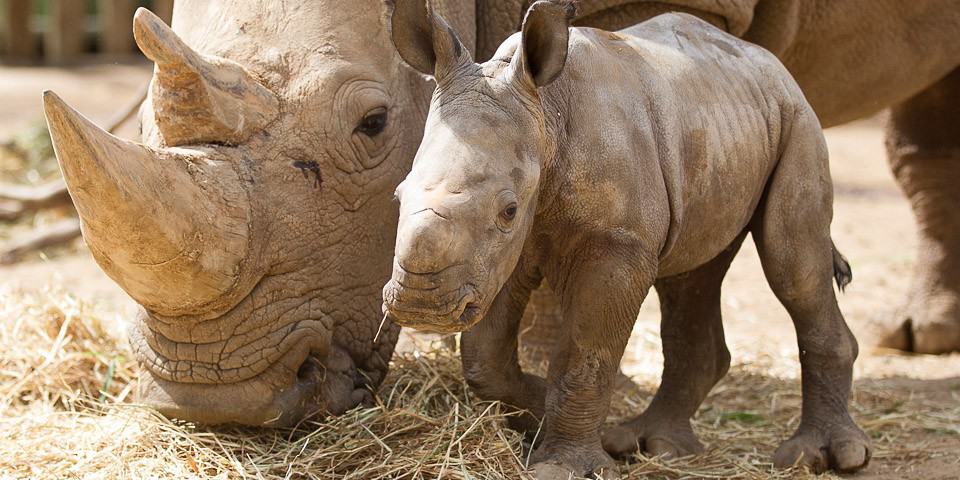 Monarto Safari Park is celebrating the birth of an endangered Southern White Rhinoceros calf born in the early hours of Saturday 12 September to mother Umqali.

The birth of the zoo’s fifth rhino calf kicks off an exciting time at Monarto as zoo keepers eagerly await the birth of two Chimpanzee infants – due between mid-September to late-October. 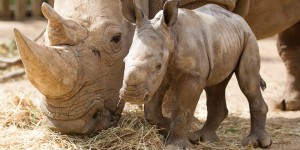 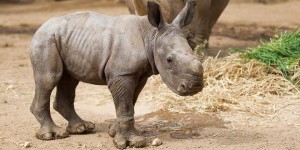 Monarto Safari Park Ungulate Keeper Haidee Kinter says there is a buzz in the air with zoo keepers enjoying the antics of the new little girl.

“Everyone’s thrilled to welcome the new calf to the Monarto Rhino crash; it’s especially exciting for zoo keepers to see the animals they care for healthy, happy and breeding,” Haidee said.

“With rhino poaching on the rise in South Africa, home to the largest number of Southern White Rhinos in the world, this baby represents hope for the long-term survival of its species.

“More than 1,200 rhinos were poached last year in South Africa alone, we’ve now reached the tipping point where more rhinos are poached each year than are born.

“It’s becoming increasingly apparent we must increase our efforts to safeguard and breed rhinos in protected places like zoos and wildlife sanctuaries.

“This beautiful girl will act as a wonderful ambassador for her species building awareness for the plight of rhinos in the wild. With their prehistoric build, abnormally small feet in comparison to their body size and docile nature, it’s hard for the public not to fall in love with these amazing animals!”

Mum and bub are currently enjoying some private time in an off-limits area of the rhino facility. Visitors can expect to see Monarto’s newest edition to the rhino crash in the coming weeks.

Monarto Safari Park is proud to be associated with The Australian Rhino Project that aims to relocate endangered Southern White Rhinoceros to Australia in an effort to safeguard the species, whilst the poaching crisis in Africa is brought under control. It’s hoped that the first rhinos will arrive in Australia within the next year and that many of these will find a home at Monarto Safari Park.