Please note, we expect to reach our COVID-19 capacity during this period and remind all members and visitors to book date-specific tickets online to avoid disappointment Find out more here 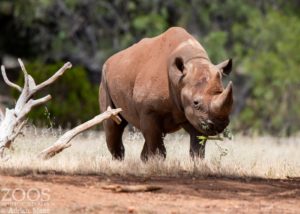 Rhino conservation is an important part of both Gold Rhino and HardHat’s DNA. The two companies are committed to supporting a range of initiatives around the world that help in the global efforts to protect the rhino for future generations.

The foundations and organisations that directly assist South African wildlife parks and African-based rhinoceroses are carrying out incredible work to protect the rhinoceros. Gold Rhino and HardHat understand that we need to actively grow rhinoceros insurance populations outside of Africa, if this majestic animal is to survive.

With this in mind, under Gold Rhino’s  “More Rhinos Program”, both Gold Rhino and HardHat have entered into partnerships with The Australian Rhino Project (TARP) and Zoos South Australia, two Australian-based organisations who share our passion for the African rhinoceros.  They have worked tirelessly together over the past few years to gain import permits, build facilities, create partnerships and establish an environment as close to that which the African rhinoceroses has called home since the beginning of time.

Gold Rhino and HardHat have committed to providing funding to assist in the relocation of ten Southern White Rhinoceroses as an part of an “Insurance Population” from Thaba Manzi Wildlife Sanctuary (South Africa) to open plain facilities in Australia and New Zealand. This is the first phase of plans to relocate a further twenty White Rhinos from South Africa, and further propagate the species in a safe haven outside of Africa. Many of these rhinos will make Monarto Safari Park in South Australia, one of the world’s largest open range safari parks outside of Africa, their home. Gold Rhino and HardHat have also contributed to the funding to construct a quarantine rhino management facility at Orana Wildlife Park (Christchurch, New Zealand), where the White Rhinos are required to be quarantined for a period of time.

In addition, Gold Rhino and HardHat are contributing directly to the Zoos South Australia’s Black Rhino project to expand the Black Rhino facility at Monarto Safari Park with the longer term objective to establish a breeding population of Black Rhinos (which are even more endangered than White Rhinos). This initiative will help facilitate the future possibility of relocating female Black African Rhinoceroses to Monarto Safari Park.

At the same time as assisting TARP and Zoos SA, Gold Rhino will work with global media outlets to drive education in an effort to reduce Asian demand for rhinoceros horn.

By choosing to work with Gold Rhino and HardHat, you are having a direct impact in assisting the fight to save the Southern White and Black African rhinoceroses. Gold Rhino and HardHat are committed to supporting a range of initiatives around the globe that help in the global efforts to protect the rhino for future generations.

Roll on July when Light Creatures at Adelaide Zoo starts as part of Illuminate Adelaide. https://t.co/XeJnuwopgZ