One step closer to giving rhinos a future in Australia 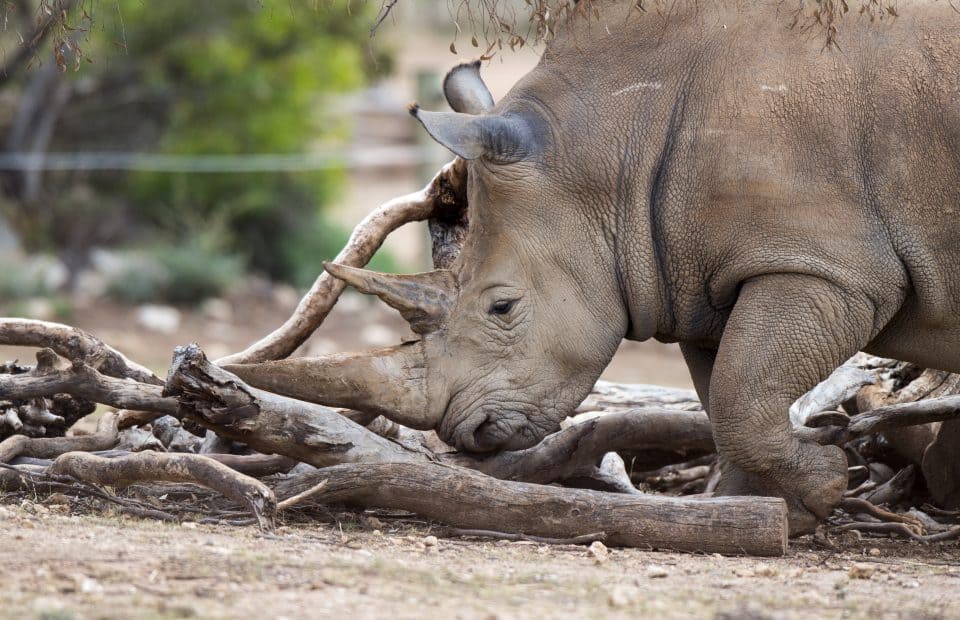 One step closer to giving rhinos a future in Australia

These valuable funds will go a long way in helping us build a rhino management and quarantine facility, putting us one step closer to realising our dream of creating a rhino sanctuary at Monarto Safari Park.

To celebrate, Zoos SA Chief Executive Elaine Bensted would like to say thank you to everyone who got involved with helping us secure a future for these incredible animals.

“I’d like to say an enormous thanks to everyone who attended the gala and everyone who generously supported us on the night and via the online auction,” Elaine said.

“With the poaching rate now exceeding the birth rate in Africa, rhinos are facing serious trouble in the wild.

“And if we don’t act now, experts predict the species may be extinct in less than 10 years.

“That’s why our rhino gala dinner was so incredibly important.”

Rhinos were once widespread across Asia and Africa and even in Europe, but today their situation is precarious.

Worth more than gold and cocaine on the illegal black market, rhino horn is incorrectly thought to have medicinal properties which is leading to the species being killed at an alarming rate.

“We’re proud to be working with The Australian Rhino Project and other partners on this critical project which will hopefully see a large number of Southern White Rhinos relocated to Australia in the next few years,” Elaine said.

“This will create a viable rhino insurance population outside of Africa should the species become extinct.

“While the funds raised so far will go a long way, there’s still so much more to be done.

“Last year, we announced a new partnership with Orana Wildlife Park based in Christchurch which will see Orana become a quarantine facility for the rhinos destined for Australia.

“Every day we’re working hard to bring this ambitious project to life but the process of relocating rhinos to Australia is complex and takes time.

“As a conservation charity, it’s only with the help of our passionate supporters that we’re able to continue this important work.”

How you can help?

Monarto Safari Park is racing against the clock to save rhinos from extinction. There’s a number of ways you can step up to the plate and help us secure a future for this species before it’s too late.

By simply visiting Monarto Safari Park or Adelaide Zoo, you are helping us make a difference in the wild.

Since 2011, we have supported rhino conservation through our work with The Northern Rangelands Trust in Northern Kenya.

In that time, we’re proud to have donated more than $156,000 (AUD) to support a community-led ranger program that patrols the Sera Conservancy, one of 33 conservancies managed by The Northern Rangelands Trust.

We also support rangers in Kruger National Park in their fight to save rhinos through a camp organised by Zoos SA. All funds raised through the camp are used to buy modern equipment to help the rangers in their fight against rhino poaching.

Give a beautiful beaded gift that helps people and wildlife

Shop our Beads for Wildlife collection next time you visit Adelaide or Monarto Safari Park and provide relief for wildlife and communities half a world away! Each handmade Beads for Wildlife piece you purchase provides a woman in Northern Kenya with the choice of a reliable income that doesn’t impact local wildlife.

Passionate about rhino conservation? Become a rhino ambassador and help bring Zoos SA’s rhino sanctuary project to life. Zoos SA is looking a number of special ambassadors to join us in taking the issue of poaching by its horns and helping to build this facility before the rhinos’ arrival. Interested in making a difference? Please contact us!