To the wild for our Western Swamp Tortoises 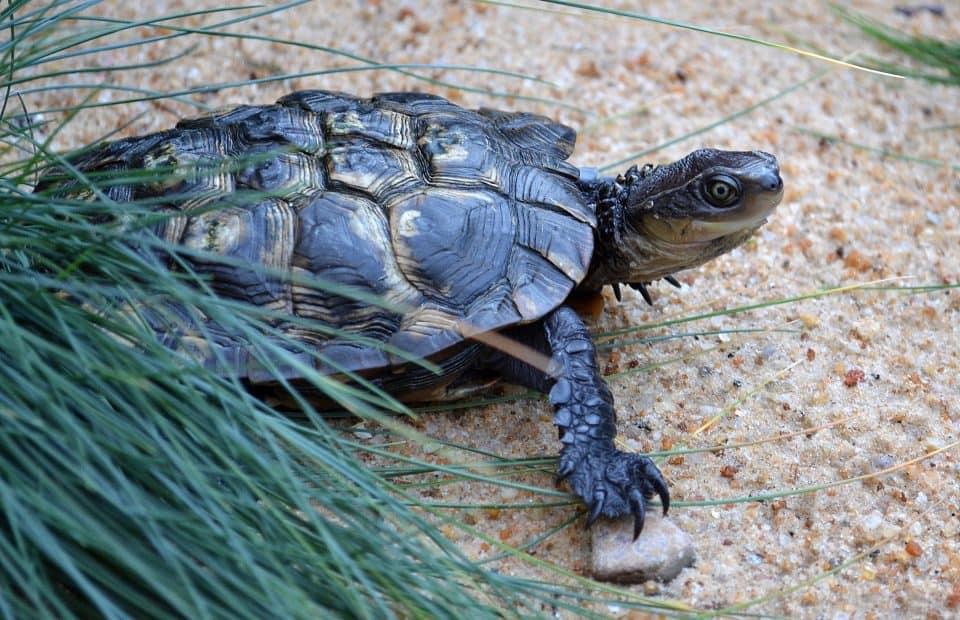 To the wild for our Western Swamp Tortoises

Next week, five Adelaide Zoo-bred critically endangered Western Swamp Tortoises will return to Western Australia to prepare to be released into the wild.

Hatching at Adelaide Zoo over the past two years, these tortoises will play a vital role in our work to help save this species from extinction.

Endemic to Western Australia and only found in three small reserves, the Western Swamp Tortoise has suffered a devastating decline in the wild due to habitat loss and predation by feral species like foxes. In the mid 1980’s there were estimated to be fewer than 50 remaining in the wild.

Thankfully, this amazing reptile has secured a second chance of survival through an intensive breeding program, and Zoos SA is one of only two zoos in the world fortunate enough to be working to save this species from extinction.

Our role is to support a recovery program led by Parks and Wildlife WA and Perth Zoo, working to build a captive insurance population and re-establish a viable population of wild Western Swamp Tortoises.

Since 2012 we have successfully bred and raised twelve Western Swamp Tortoises. Four tortoises have previously been returned to Perth Zoo for inclusion in their release to the wild.

Western Swamp Tortoises are an amazing little animal and one of the oldest reptiles on the planet, with ancestries which date back nearly 20 million years, so it would be incredibly sad to lose them now, which is why the recovery program is so important.

As a conservation charity, being part of wild-release programs reinforces the vital role zoos play in saving species from extinction.

The five tortoises are due to make the journey back to Western Australia next week, where they will head to Perth Zoo to prepare for their impending release over the next two years.

We are committed to continuing to secure the future of the Western Swamp Tortoise and will continue to breed this species, with a small insurance population at Adelaide Zoo and a complimentary program about to start at Monarto Safari Park with a new $40,000 dedicated breeding facility for these tortoises.

A male tortoise arrived at Monarto Safari Park from Peth Zoo late last month, and females from Adelaide Zoo will join him shortly, in the hopes they will breed later this year.

We’re proud to say the future is looking bright for these tiny tortoises!