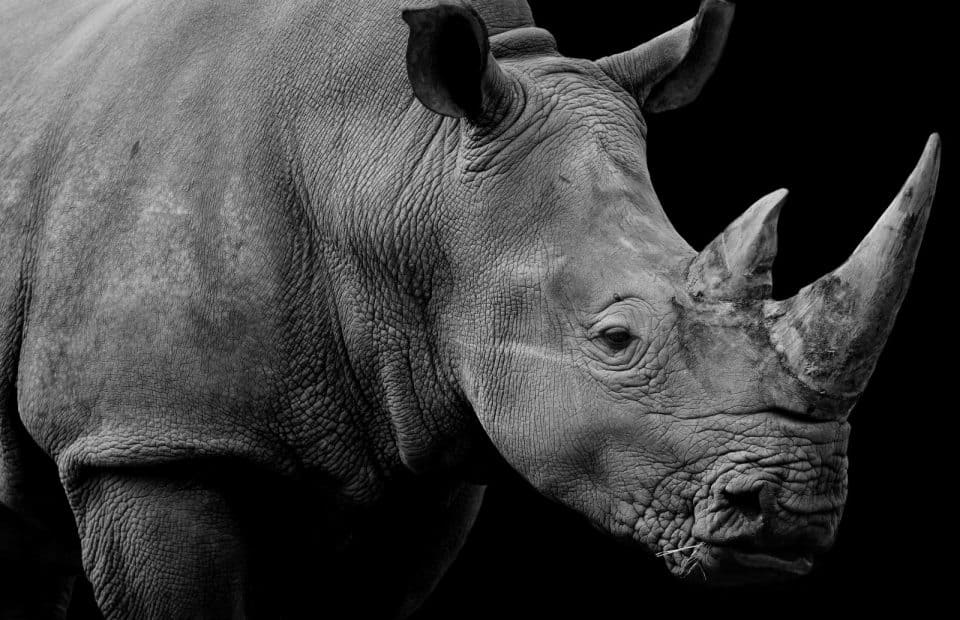 Ibutho, who weighs more than 2.2 tonnes, was air-lifted by crane from his existing enclosure at Monarto Safari Park into his new home, which is destined to become a sanctuary to a crash of 30 rhinos thanks to our partnership with The Australian Rhino Project.

Moving the 20-year-old male could not have been smoother, with keepers saying he spent his first few days happily settling in with lots of scent spraying, investigating, and taking some well-earned naps.

Ibutho’s smooth yet momentous transfer has been complemented by the success of the 2019 Zoos SA Rhino Gala held last Friday evening.

Close to 400 rhino-loving guests attended the event at Adelaide Oval and together raised nearly $170,000 for rhino conservation.

These valuable funds will go a long way in helping build the Anthony Taylor Rhino Management and Quarantine Centre, putting us another step closer to realizing our dream of creating the rhino sanctuary at Monarto Safari Park.

Zoos SA Chief Executive Elaine Bensted said the success of the gala would go a long way in progressing the project and bring more rhinos to Wild Africa with Ibutho in the next few years.

“I would like to express my deepest thanks to all who attended the 2019 Rhino Gala or participated in the online auction and raffle,” Elaine said.

“Thanks to its success and your generosity, we will be able to make real progress with the next steps in building the rhino sanctuary at Monarto Safari Park.

“With the poaching rate now exceeding the birth rate in Africa, rhinos are facing serious trouble in the wild and if we don’t act fast, experts predict the species may be extinct in less than 10 years.

“We are doing all we can to ensure this does not happen to the beautiful species.”

Rhinos were once widespread across Asia, Africa and even Europe, but today their situation is precarious.

Worth more than gold and cocaine on the illegal black market, rhino horn is incorrectly thought to have medicinal properties which is leading to the species being killed at an alarming rate.

“We are very proud to work with The Australian Rhino Project and other partners which will hopefully see a large number of Southern White Rhinos relocated to Australia in the next few years,” Elaine said.

“This will create a viable rhino insurance population outside of Africa should the species become extinct.

“Every day we are working to complete this ambitious project, but as the process of relocating rhinos is complex it will take time.

“We are thrilled to have successfully moved Ibutho to the new space, and thanks to another successful rhino gala we are excited to get working on the next stage of the complicated project.”

While the recent Zoos SA Rhino Gala raised valuable funds, there is still much more to be done for the project.

Visitors are able to support the Anthony Taylor Rhino Quarantine and Management Centre simply by visiting Monarto Safari Park or by donating to the project.