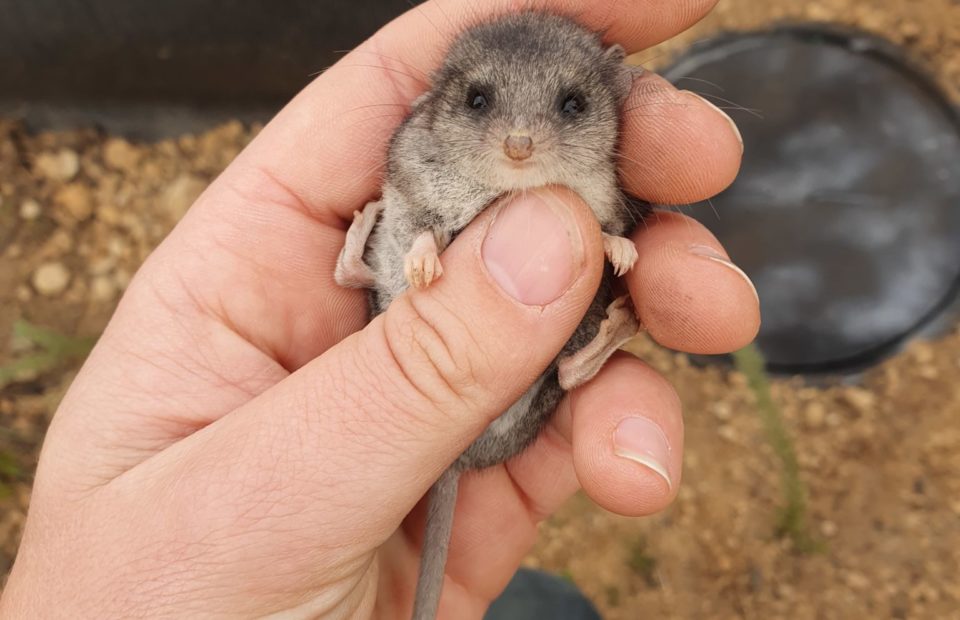 Exciting news from Kangaroo Island where conservation teams have discovered a female dunnart with jelly-bean sized babies. The successful capture was made on the first night of trapping which took the team completely by surprise.

The female Kangaroo Island dunnart with pouch young was trapped again the following week and her babies had doubled in size, indicating she and her babies were thriving.

“The discovery of just one Kangaroo Island dunnart in this area is exciting enough, but for it to have pouch young is the best news. It gives us real hope that this critically endangered species has survived in this area despite the odds, and that we are in a position to help its recovery after the fires,” said Dr Liberty Olds, Conservation Manager at Zoos SA.

“Our plan is to carry on working with our partners, the Kangaroo Island Landscape Board and the Department for Environment and Water, to protect Kangaroo Island dunnarts and help the species recover from the bushfires. Watch this space as we hope to have more information to share on the monitoring and tracking of dunnarts found elsewhere on the island. All the information we gather from this discovery and others will be incredibly important in helping the conservation of the species,” said Liberty.

“Only around 30 Kangaroo Island dunnarts have ever been caught across the entire island. Nearly all of these were before the bushfires and none had babies, so to capture this mother now after the devastation is highly significant,” finished Paul.

Since the 2019-20 bushfires the Kangaroo Island Landscape Board and Department for Environment and Water have detected the dunnarts at nearly 70 sites in conservation areas and on private properties on the western end of the island.

What is a Kangaroo Island dunnart?