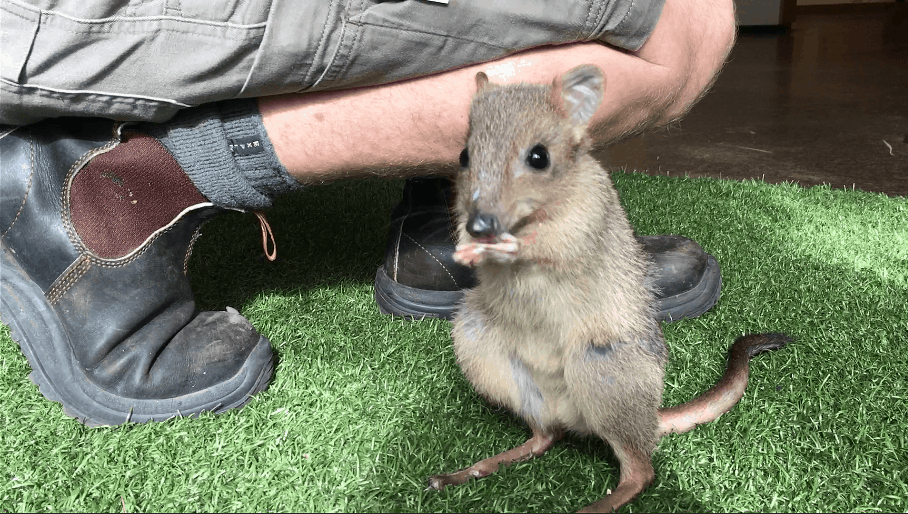 Zoos SA is proud to be among a number of organisations that have joined forces to develop and deliver the Great Southern Ark: the Rewilding of Southern Yorke Peninsula landscape recovery project.

“The participation of such a diverse range of partners demonstrates the value of a healthy environment to agriculture, local economies and the community,” Mr Naismith said.

“The Great Southern Ark project uniquely brings together the many facets of natural resource management under one banner.

“The project is also exceptional in the extensive planning, consultation and collaboration that has driven its inception and development, with the community at the core.

“The project builds on the Northern and Yorke NRM Board’s successful Baiting for biodiversity program that has been underway on the peninsula for the past five years (170,000 ha).

“This program has delivered significant outcomes, including a 30% increase in lambing percentages; the protection of threatened species such as the Hooded Plover, Malleefowl and Fairy Tern); and the re-appearance of Bush Stone-curlews, after a 40 year absence.

“This part of Australia, with its productive farmlands, extensive areas of high-quality remnant vegetation, picturesque coastlines and oceans, make it one of the world’s best places for a rewilding project.”

“The Great Southern Ark Project is a fantastic example of the real difference we can make to our environment when like-minded organisations and the community come together,” Mr Clark said.

“Zoos SA is proud to have been working with the Department for Environment and Water in this region for over 15 years, since helping to successfully reintroduce the then extinct Mainland Tammar wallaby to Innes National Park.

“With an emphasis on feral predator control the project will develop self-sustaining wild populations of some of Australia’s most iconic threatened species for years to come.

“This project will not only bring species back to the Peninsula, it will also create positive long-term outcomes for the local environment and community.

Over the next 20 years, the Great Southern Ark project seeks to establish a 150,000 hectare open-range safe haven for some of Australia’s most iconic and threatened species.

The broad scope of the project aims to build economic outcomes for the community on southern Yorke Peninsula.

In the first five years, the project will focus on establishing self-sustaining populations of soil engineers (brush-tailed bettongs, southern brown bandicoots) and small native predators (red-tailed phascogale, barn owl). Other species to be reintroduced at later stages include native rodents in year five, and the western quoll at year 10.

The Federal Government recently announced that $2.6 million will be injected into the project from 2018 to 2023, after the group gained funding through the National Landcare Programme.

A 23-kilometre predator exclusion fence will be built across the Peninsula, near Warooka, to limit the immigration of feral pests and reduce ongoing management costs, with construction to commence early this year, followed by intensive fox and cat control.

More information about the Great Southern Ark: the Rewilding of Southern Yorke Peninsula is available on the Natural Resources Northern and Yorke here.