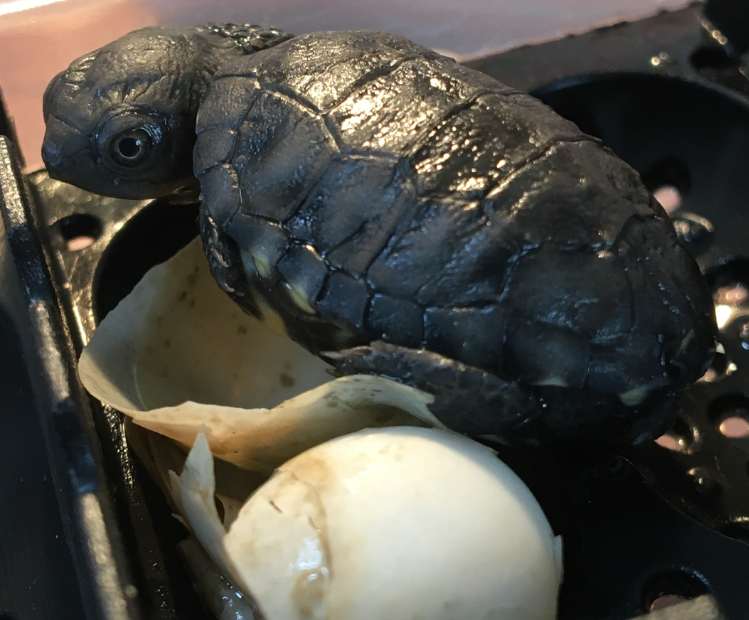 The egg-citing news comes just in time for the Easter long weekend, with two egg-themed conservation trails at both Adelaide Zoo and Monarto Safari Park.

Director of Adelaide Zoo Dr Phil Ainsley said this number is incredibly significant because Zoos SA has now bred more of the species than was left in the wild in the 1980s.

“From the first recorded specimen in 1839, it was more than 100 years until the species was seen again,” Dr Ainsley said.

“By the mid-1980s it was estimated there were less than 50 individuals left in the wild, so it is such a huge milestone for us that we have now bred over that number here at Zoos SA.

“This season we have had six little ones hatch and we have four more viable eggs, so we have our fingers crossed!

“Since Zoos SA became involved in the conservation of this special species we have had 33 individuals returned to Perth to form part of the rewilding program, and we hope to send 13 more in the near future.”

Endemic to Western Australia, the Western Swamp Tortoise is Australia’s most endangered reptile.

Wild Western Swamp Tortoise populations are currently only found in two small swamp reserves in WA, but they face habitat loss and predation from introduced species like foxes, cats, dogs and pigs.

Alongside our partners Parks and Wildlife WA and Perth Zoo, Zoos SA works with the Western Swamp Tortoise Recovery Team to ensure a genetically viable population is released back into the wild.

Thanks to amazing partners like TCM Electronics, Zoos SA is able to continue our vital conservation work with threatened species like the Western Swamp Tortoise.

You can learn more about eggs and the conservation of species this weekend at Adelaide Zoo and Monarto Safari Park.

At Easter we often celebrate with chocolate eggs, but eggs symbolise so much for wildlife and the environment around us.

Hop in and tick off all five stops on the Easter trail to find out how different native species use tree hollows to lay and protect their eggs, about some species that lay eggs, and how we can support their conservation in the wild.

Spare change rattling around in your back pocket? Card need dusting off? Donate to our Winter Warmers appeal and he… https://t.co/nQoBe3iXZf