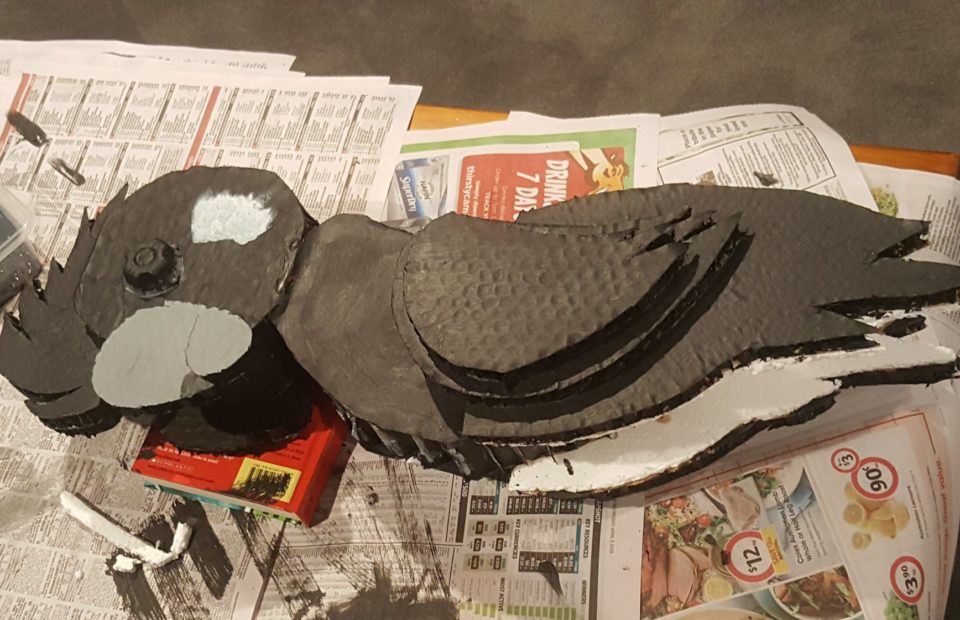 The activity that I created for YATZ Online was Endangered Animal Artwork!

In this activity, the YATZ were tasked with researching and writing about an endangered animal that they didn’t know much information on and then creating an art piece based on the animal. This was designed to get everyone’s brains and hands moving, help them learn and exercise their creative side.

I was astounded by what the YATZ came up with, they used everything they could and created some true works of art!

A sculpture of white-tailed black cockatoo with cardboard, a picture of a Saola made from nuts, bolts and screws, and many others, it was awesome to see their creativity flourish. I expected great things, but I was blown right out of the water.

The YATZ found some great information too, like, did you know that the Saola is also known as the Asian unicorn because they are rarely ever seen in the wild? Pretty interesting