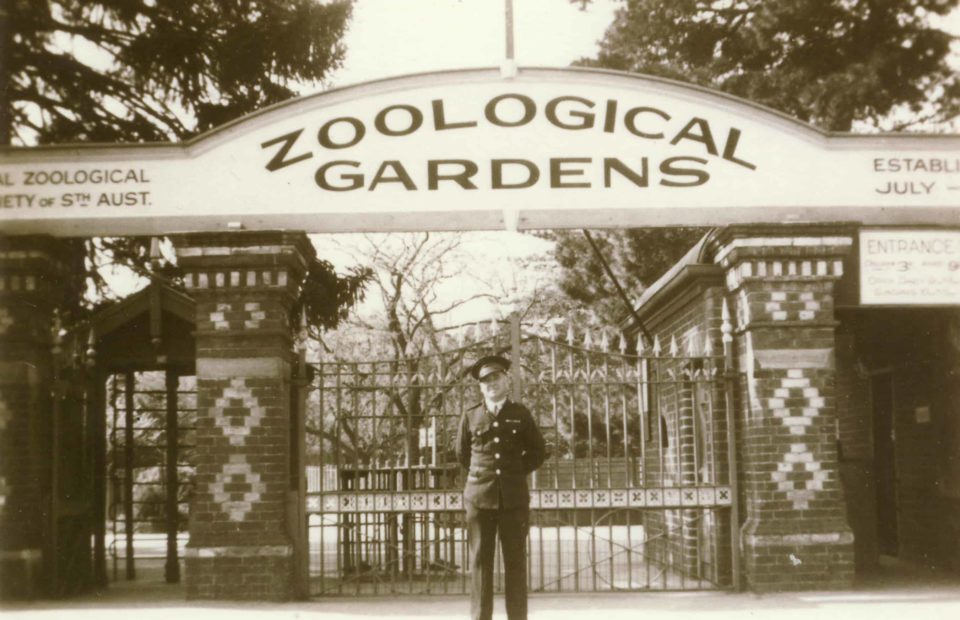 As the Royal Zoological Society of South Australia (more commonly known as Zoos SA) we would like to honour the Platinum Jubilee of Her Majesty, Queen Elizabeth II and congratulate her on 70 years on the throne.

To mark this special occasion, we’re reflecting on our on ‘Zoobilee’ and taking a look back at the many happenings and conservation successes since her birth and during her reign…

The society officially commenced on 23 July 1878 at a meeting attended by prominent Adelaide citizens. From the outset, the society had a keen interest in the care and preservation of both native and exotic, rare and endangered species. The name chosen at the time was The Acclimatisation Society of South Australia.  It later became known as the SA Acclimatisation and Zoological Society and the government granted land for a zoological garden on six hectares obtained from the Botanic Gardens of Adelaide. In 1882, the name changed again to SA Zoological and Acclimatisation Society.

Adelaide Zoo is Australia’s second oldest zoo and was opened to the public in 1883. The zoo retains many of its original buildings, garden design and features, some of which are state heritage-listed places. It was established at a time of great resurgence and interest in natural history and was modelled on the major European zoos of that time, particularly, Regents Park Zoo in London.

Lillian the elephant took her yearly walk to the Central Markets to be weighed.

To celebrate the society’s Diamond Jubilee, King George VI granted the society a Royal Charter and with it came the right to use the prefix ‘Royal’. At this time the opportunity was taken to remove ‘Acclimatisation’ and we became ‘The Royal Zoological Society of South Australia’. While we officially retain this name we’re today more commonly known as Zoos SA.

The Queen succeeded to the throne at the age of 25.

There was notable breeding successes at Adelaide Zoo including the birth of two Hairy Armadillos, two Gibbons, six Coati and five Rhea chicks. The latter was considered a huge conservation success for zoos in Australia.

Two Elands arrived at Adelaide Zoo, a species that is now on exhibit at Monarto Safari Park.

In an exciting year, New Guinea Dogs, a pair of Goodfellow’s Tree Kangaroos, a Leopard, Entellus Langur, a Capybara and a pair of lutino Indian Ring-necked Parrots also arrived.

A Pere David Deer, at that time one of the rarest deer (then extinct in the wild) was lent to the zoo by Sir Edward Hallstrom, President of Taronga Park and a Vice-President of the society. The deer eventually returned to Taronga to breed and help build an insurance population.

The 60s saw some interesting additions to the collection at Adelaide Zoo. Among them a pair of jaguars, five Ring-tailed Lemurs, Timber Wolves, Red Deer and a male Sambur.

A new satellite city ‘Monarto’ is proposed. To address the perceived problems of Adelaide’s rapidly increasing population, the Labor-led South Australian government headed by Don Dunstan proposes that another new satellite city should be built 80 kilometers east of Adelaide. Originally known as ‘Murray New Town’, it subsequently adopts the new name ‘Monarto’. All sections are requisitioned by the South Australian Government for this new city in 197. This vision does not come to fruition and by 1980 the Monarto proposal has been completely abandoned.

Two walk through aviaries were introduced to Adelaide Zoo and quickly became successful breeding areas. However, after some sticky-fingered egg-collectors took eggs, the aviaries were temporarily closed in the early part of 1977 to allow for breeding. This eventuated in such a spate of breeding that the aviaries had to close temporarily for several months.

The first American Bison are imported into Australia and move to Monarto Zoo (now Monarto Safari Park). A pair of two-year-old Przewalski’s Horses arrive and the world’s rarest antelope, the Scimitar-horned Oryx, comes to the park. This species, which now flourishes at Monarto Safari Park is listed as extinct in the wild.

Following a feasibility study conducted in 1990, the decision was made to change Monarto from a special-purpose breeding area, closed to the public, to an international standard zoo.

Two young female bison imported from Auckland Zoo were the first to arrive at Monarto. Some 150 animals were later transferred from Adelaide Zoo as well as another 40 animals which had been held on pasture at a Penola property. The transfer of Adelaide Zoo animals helped to ease overcrowding which was being experienced at the zoo at the time, and opened up opportunities to improve landscapes for animal enclosures.

Monarto Safari Park was opened to the public. The opening ceremony was attended by 260 guests, who later enjoyed a safari bus tour of the zoo and bush band entertainment, soon after the park’s original Visitor Centre was built.

The first Southern White Rhinoceros ever to be held in South Australia arrives at Monarto Safari Park. African Painted Dogs breed at Monarto, a huge milestone as at this time only 29 dogs are held in captivity in zoos across Australasia. The African Painted Dog is believed to be the most endangered carnivore species in Africa.

Mainland Tammar Wallaby, which have been extinct on mainland Australia since 1930, are discovered in New Zealand. This rediscovery prompts a repatriation with 85 adult wallabies translocated to Monarto Safari Park to form the founding stock for a breeding program.

Monarto Safari Park’s advances in exhibit design continue to set high standards in the zoo industry and its newest addition, the chimp home, is the largest in Southern Hemisphere. The chimp platform was officially opened by world-renowned primatologist and ethologist, Dr. Jane Goodall.

The captive breeding program for Black-flanked Rock Wallabies (Warru) achieves progress with seven young born. The first release of Monarto-bred Warru back to the APY Lands occurs in 2011, with the animals released into ‘Pintji’, a 100ha fenced area at Wamitjara. More releases occur over the next two years and by 2017, 25 Monarto-bred Warru have been released into the wild.

Lions 360 opens, the first encounter of its kind in Australia. Based on shark-cage diving, visitors walk through the tunnel and emerge within clawing range of one of Australia’s largest lion prides. Lions 360 enables Zoos SA to raise awareness for the species and to support 36 rangers to patrol Sera Conservancy in Kenya to protect lions and other African species.

Over its 136 years, Adelaide Zoo has celebrated a number of breeding successes for endangered species such as the Orange-bellied Parrots, Western Swamp Tortoises, Brush-tailed Rock-wallaby and small primates including Golden Lion Tamarins and White-cheeked Gibbons and more recently with Red-tailed Phascogales.

Plans are in place for an African Oasis redevelopment along the banks of the River Torrens, which will house giraffe, pygmy hippopotamus and native species.

Today, Monarto Safari Park is one of the world’s largest open range zoos covering 1,500 hectares and plays a major role in numerous breeding programs for both native and exotic species, many of which are also for rare and endangered species. This year, Monarto Safari Park opens its new Visitor Centre on Monarto Road and work on Wild Africa and a new hotel and glamping experience is well underway.