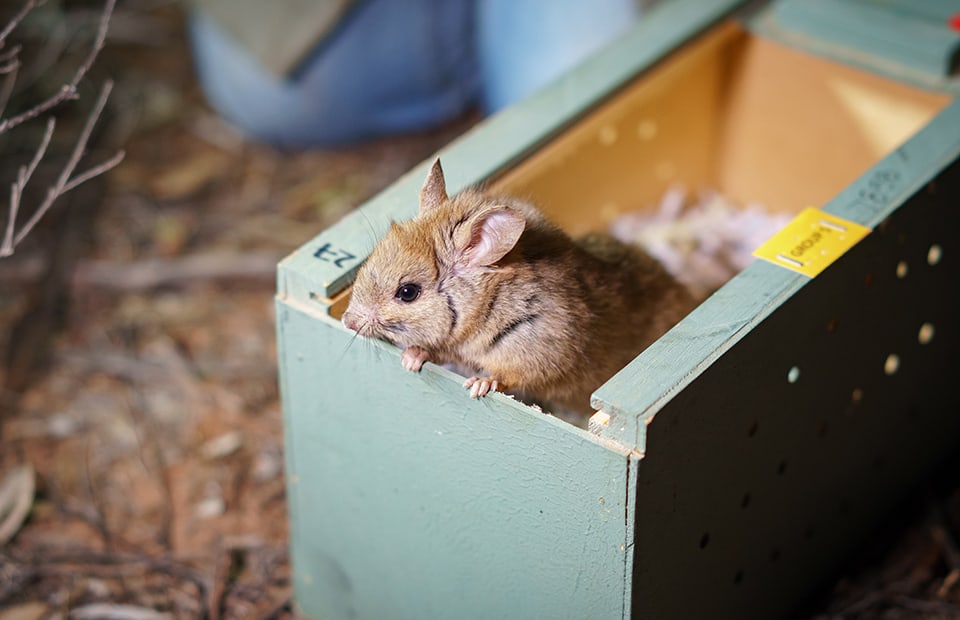 No less than 40 Greater Stick-nest Rats have been released into the wild after being bred at Monarto Safari Park and Adelaide Zoo as part of a vital conservation program.

Now we know what some of you might be thinking: rats… gross! But hear us out.

Affectionately referred to as ‘stickies’, these fascinating native rodents are larger, rounder and fluffier than their introduced counterparts and are known for their incredible construction ability.

Well-adapted to living in arid regions with little rainfall and water, the rats retain as much moisture in their bodies as possible.

This leaves them with sticky urine which makes a perfect glue to secure sticks and rocks to create their large communal nest.

Housing anywhere between 10 and 20 animals in a large family group, the structures can sometimes be several metres in height and width – quite the feat for an animal the size of a guinea pig!

After a short period of observation, the animals were then released into a wider protected area.

“Fifteen months ago, 30 Greater Stick-nest Rats were selected from a remaining wild population on the Franklin Islands off the coast of South Australia to establish an important captive-breeding program at Monarto Safari Park,” says Liberty.

“From there, majority of those animals remained at Monarto, while some went to Adelaide Zoo or Alice Springs Desert Park in the Northern Territory.

“The rats wasted no time, with more than 40 pups being born across the sites since the program began.

“We’re thrilled to say the breeding program was incredibly successful and all the animals who arrived at Mallee Cliffs last month are offspring of that original population.

“They grew brilliantly and were all given a clean bill of health from our vets before being released.”

Keepers at Monarto Safari Park and Adelaide Zoo report the animals having very distinct personalities, with some being very confident and welcoming of keeping staff.

This has allowed keepers to gain great insight into the species’ breeding behaviours and pup development up close.

Several generations of Greater Stick-nest Rat families can live in the one nest, with the dominant female of the group passing down the home to her female offspring.

Stick-nest rats can have up to three pups at a time with the pups attaching to their mum’s teats until they’re weaned at around one month old, meaning wherever mum goes the pups go with her.

It’s certainly a sight to see stick-nest rats mothers hopping along with babies clinging to her underside!

Once widespread across the southern deserts of Australia, these sweet native rodents were sadly hunted to near-extinction by feral predators like cats and foxes with just one small population surviving on Franklin Island, off the coast of South Australia.

As a conservation charity, we’re proud to be able to contribute to vital conservation programs for species like the Greater Stick-nest Rat.

Visitors to Adelaide Zoo will be able to get a glimpse of the rodents in the Nocturnal House, while the group at Monarto Safari Park are housed behind the scenes. 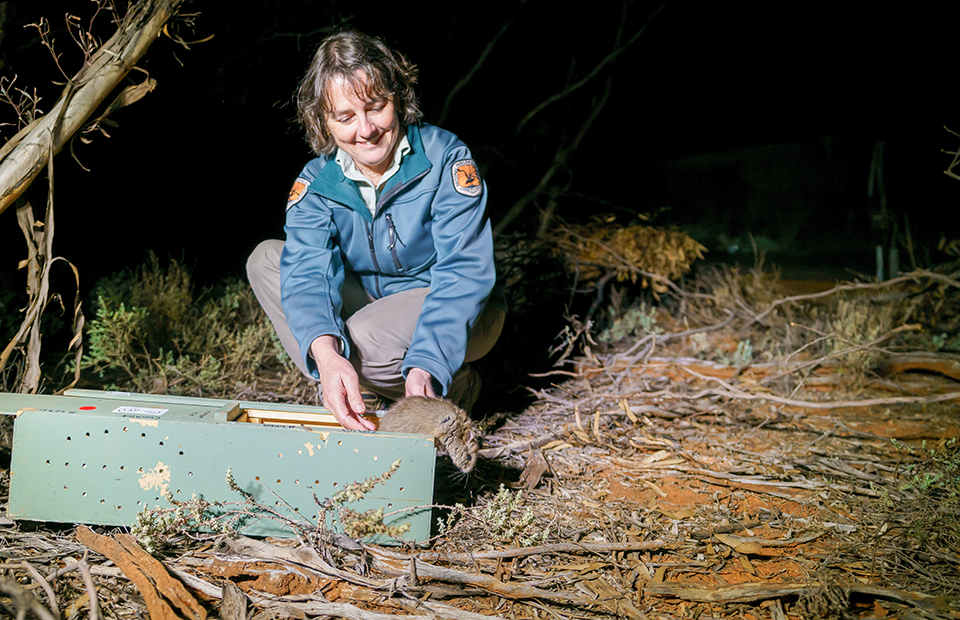