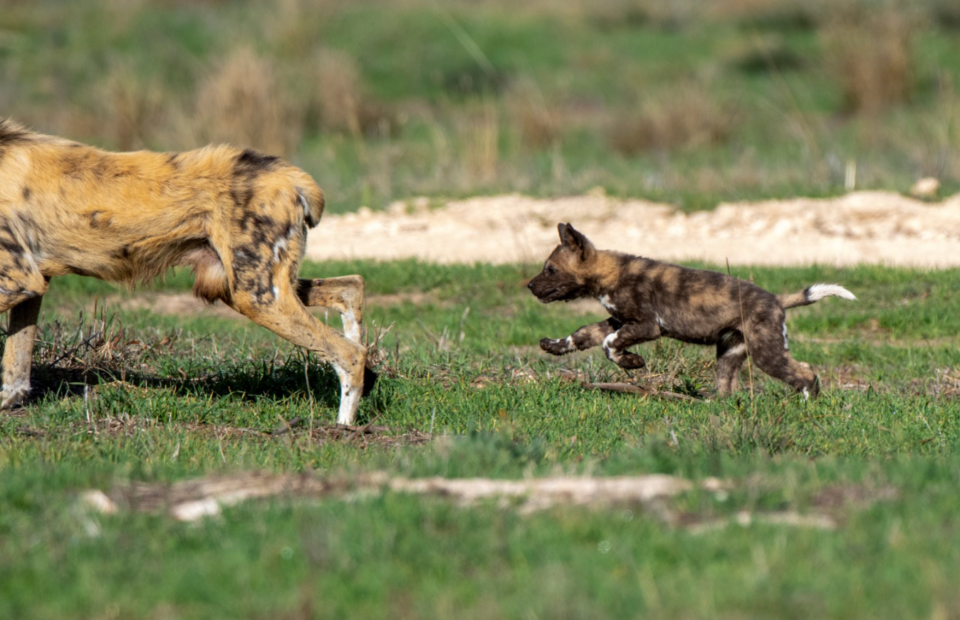 Happy Father’s Day to all the people who play a father-like figure in our lives. Let’s take a look at some species with great dads. Perhaps you’ll see these species on your next visit to Monarto Safari Park and Adelaide Zoo? 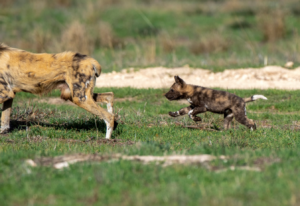 When it comes to loving father figures, look no further than the African Painted Dog! These dogs eat, sleep, and play as a family and Dad is always close to their little ones. Monarto Safari Park is home to four male dogs; Baraka, Kamali, Zuberi, and Onika and each of them plays a role in caring for the pups. Dad, along with other members of the pack, hunt and then regurgitate their food for the pups from as early as 4 weeks of age. This love and care can be seen at the main drive-through exhibit with the hyenas on a rotating basis. 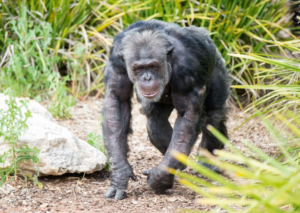 Tsotsi is the Alpha male chimpanzee at Monarto Safari Park and is one of our stand out father figures. He graciously shares his nest with the younger members of the troop whenever they need, and takes turns with the other males; Sandali, Boyd, and Gombe in heading the morning patrol around their habitat. All of our male chimps take on a protective and teaching role to all of the youngsters. In the wild, chimpanzee fathers have a bias towards their children. This is shown in the way they groom and play with them. 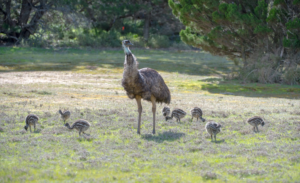 This dad single-handedly looks after up to 10 chicks a year! Monarto Safari Park is home to many emus who are closely watched by their caring fathers. Once a female has laid her eggs, she will abandon them and the male will incubate them for up to eight weeks. Emu chicks stick closely to dad for up to six months until they are old enough to be taught to forage and survive on their own. 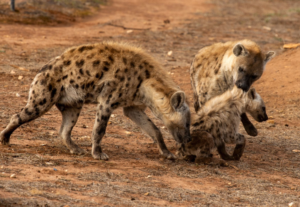 Meet our helpful Hyena dad! Gamba is the father of twin daughters and does a wonderful job of caring for the spotted duo. At Monarto Safari Park, the females rank higher than the boys with a matriarchal hierarchy but this doesn’t mean the father of this clan doesn’t pitch in to look after the little ones. In the wild Hyena mothers will take care of their young. At Monarto Safari Park, Gamba takes care of his two daughters by keeping a watchful eye. 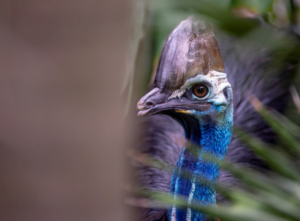 While we don’t currently have chicks at Adelaide Zoo, the male Cassowary deserves a mention. When it comes to looking after young it’s the male cassowary who takes up the babysitting role – before the chicks are even born. After mating, females will lay a clutch of eggs, and then leave to find another male. With each encounter she will lay between 3 to 5 eggs for him to care for. The male’s role involves incubating the eggs, raising the chicks and caring for them until they are self sufficient (which could be anytime between 8-18 months of age). At this time dad decides his chicks need to ‘fly the nest’ and find pastures new!