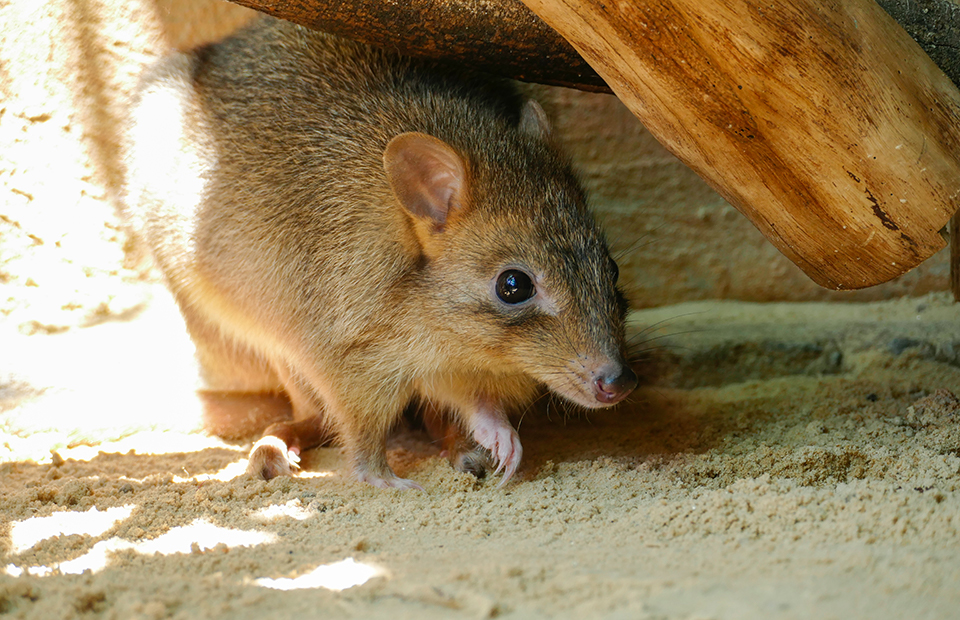 The adorable ambassador represented his critically-endangered species at the official launch of a crucial predator-management fence on the Yorke Peninsula, the first step in an exciting project to help save some of the country’s most threatened species.

We’re proud to be among a number of organisations that have joined forces to develop the initiative, the Great Southern Ark: the Rewilding of Southern Yorke Peninsula landscape recovery project.

This ambitious new recovery plan will see 148,800 hectares of land on the southern Yorke Peninsula fenced off and protected from feral animals like cats and foxes.

This protection will pave the way for the reintroduction of up to 20 Australian native species that have sadly been extinct in South Australia for more than 100 years.

This is where Rambo comes in.

Zoos SA’s critical breeding program for the species will see a number of the mammals reintroduced into the area, returning the bettongs’ vital ecosystem-shaping skills to the local environment.

Nicknamed ‘soil engineers’, Brush-tailed Bettongs play an essential role in keeping their habitats sustainable and healthy by digging up to four tonnes of dirt and leaf litter per year, spreading the seeds of native plants around the area in the process.

Wednesday’s launch marked the construction of 15 kilometers of the 23-kilometre fence that will enclose the southern tip, or the ‘foot’, of the peninsula, enclosing Innes National Park as well as small towns and thousands of hectares of farmland.

Sadly, at least 27 Australian mammal species are believed to have disappeared from the peninsula due to feral predators and habitat destruction.

As a conservation charity that exists to save species like the Brush-tailed Bettong from extinction, we’re so excited to be involved in such an important and impactful project.

The completion of the predator-management fence is expected to be completed by March next year.